This Much I Know To Be True

Special Event!
One Night Only, May 11!
Click BUY TICKETS For Showtimes!

Shot on location in London & Brighton, Andrew Dominik’s new feature documentary THIS MUCH I KNOW TO BE TRUE captures Nick Cave and Warren Ellis’ exceptional creative relationship as they bring to life the songs from their last two studio albums, Ghosteen (Nick Cave & the Bad Seeds) and Carnage (Nick Cave & Warren Ellis).

In this document of their first ever performances of these albums, filmed in spring 2021 ahead of their UK tour, we see the two, accompanied by singers and string quartet, as they nurture each song into existence. The film features a special appearance by close friend and long-term collaborator, Marianne Faithfull.

Shot in colour by Andrew Dominik and with cinematography by Robbie Ryan, THIS MUCH I KNOW TO BE TRUE is a companion piece to Dominik’s 2016 film ONE MORE TIME WITH FEELING. It reaches into the deep friendship and personal relationship between Nick Cave and Warren Ellis, something glimpsed in the 2014 Cave pseudo-documentary, 20,000 DAYS ON EARTH. The film will prove to be another significant moment in the journeys of Nick Cave and Warren Ellis, capturing the mood and spirit of the pair as they move through a new, optimistic phase.

Presented in partnership with 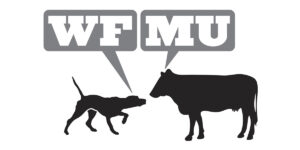 Masking is strongly encouraged at all screenings at The Clairidge when not eating or drinking. Please visit this page for our full set of COVID-19 safety protocols.

Featured Films in this Series:

Meet Ailo, a newborn reindeer who embarks on an incredible odyssey with the help of his mother.

Writer Michael Ausiello embarks on a roller-coaster ride of emotions when his partner gets diagnosed with terminal cancer.

A contemporary American family attempts to deal with the mundane conflicts of everyday life while grappling with the universal mysteries of love, death, and the possibility of happiness in an uncertain world.

A father’s wish magically brings a wooden boy to life in Italy, giving him a chance to care for the child.

NOt a montclair film member?

Join over 1,500 happy members who get early access to events and screenings throughout the year.